What Bono learned from Sargent Shriver 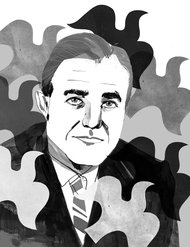 Always wondered who coached Bono on how to craft with "comprehensibility and credibility" his prophetic witness and advocacy in the world.  Now we know.

Check out his editorial in today's New York Times:

Bono on the Death of Sargent Shriver

I can't wait to see him and U2 in concert again at Giant Stadium this summer.  Bono is my favorite preacher and prophetic leader!
Posted by Michael J. Christensen at Wednesday, January 26, 2011 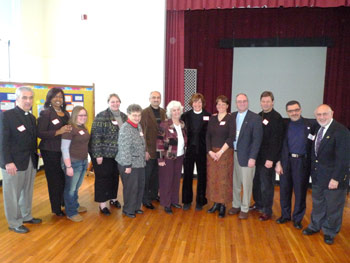 Religious leaders from Jewish, Christian and Muslim faith traditions came together around "Abraham's Table" this week to facilitate mutual understanding among the Abrahamic religions in northern New Jersey.

The interfaith event started with a Turkish lunch provided by the Interreligious Dialogue Center of Newark, which everyone enjoyed very much. Hosted by Rev. Jeff Markay, Pastor of Caldwell United Methodist Church and UMC laison at Drew Theological School,  a local Rabbi, a Muslim leader and an Episcopal Priest addressed the crowd and called for further cooperation.  We also watched and discussed a 2009 documentary film entitled “Talking Through Walls”--about the struggle to build a Mosque in Voorhees, NJ, in the aftermath of 9/11, and how the Interfaith Coalition worked together as an community on making it happen.

One of the religious leaders featured in the documentary was Rev. Charles Sayer,  instigator of the Shalom site in Camden, NJ.  Communities of Shalom at Drew was represented by Rev. Annie Allen and myself, and we left with renewed hope that mutual understanding, respect for other traditions, and interreligious collaboration is possible in our currently divided world.

For more details and photos of this event, click here:   Abraham's Table at Caldwell UMC 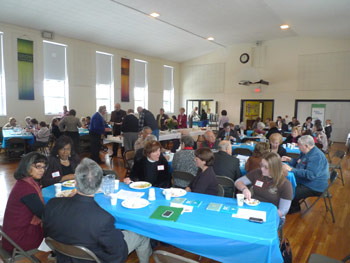 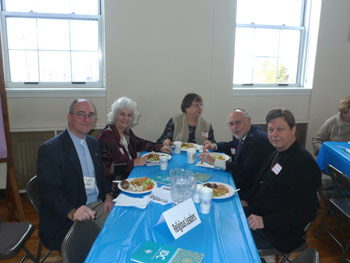