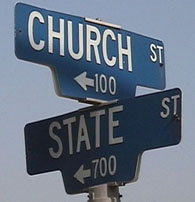 Personally, I gave a lecture for Drew University at Glide United Methodist Church on "The Politics of Shalom" for Pulpit Freedom Day (which I'll share in a future blog post).
According to Dr. Jim Garlow, organizer of Pulpit Freedom, the demonstration exceeded expectations:
"Pastors were prepared for some parishioners to be upset.  But we were not prepared for what happened.  Across America, congregations erupted in applause – interrupting the sermons.  Standing ovations at the end of sermons were normative.  As pastor after pastor reported this common theme, they stated, “it was as if the people were hungry for this type of preaching.”

None of us anticipated this remarkable reaction.  Many reported their congregants urging them to continue the straightforward preaching.  Like the others, I, too, was taken back by the explosive standing ovations that greeted me at the conclusion of my sermons in each service.

Publicity was massive.  Even the New York Times covered it with an article and pictures.  Click here to view it.  Almost all the major papers and media outlets covered the event.

You will find the names of all participating churches we know about on the Pulpit Freedom website here.

Pulpit Freedom Day 2012 is set for Sunday, October 7 of next year.  Check on the website at pulpitfreedom.org for updates and information."

As the 2012 elections draw near, and so much is at stake, the time has come for religious leaders to boldly apply their faith and biblical understanding to political issues and social policies of our time.  A new movement seems to be on the rise to support faith and action. We are at a tipping point in American history.
While most participants in Pulpit Freedom, including the organizers, seem to be supporting "conservative" issues, many of us are speaking out on "progressive" issues and supporting initiatives such as "circle of protection" circleofprotection for America's poorest and most vulnerable, radical economic reform on Wall Street and Big Banks, American Jobs Act, Rebuilding the American Dream initiative (www.ourfuture.org).
Regardless of your political pursuations or theological understandings, left or right, I urge you to become more prophetic, organize your constituency, seek shalom, and speak truth to the power.
mjc
Posted by Michael J. Christensen at Monday, October 10, 2011 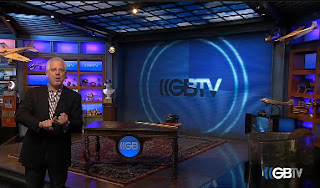 Glenn Beck interviews two Drew alumni GBTV about Pulpit Freedom Day--Oct 2.
For most mainline Protestant churches, today is World Communion Sunday.  For many Roman Catholic and Episcopal churches, the first Sunday in October is for blessing animals in the spirit of St. Francis of Assisi whose anniversary and Feast Day is this week.  For at least 500 mostly conservative evangelical churches and pastors, today is Pulpit Freedom Sunday
In light of what’s at stake in congregational legislation and upcoming elections, should pastors and other ministerial leaders be free to support or oppose specific political issues related to social policy, ethics and morality, or endorse political candidates who share their biblical-informed, Christian-based, principles and religious views.  Or should the government and its legal tax codes enacted by Congress limit freedom of speech when it comes to faith and politics expressed from the pulpit or in the name of a church?
Since 1954, the Johnson Amendment has been selectively applied to prohibit churches and their pastors from political pronouncements or activities?
The Johnson Amendment states that entities that are exempt from federal income tax cannot: participate in, or intervene in (including the publishing or distributing of statements), any political campaign on behalf of – or in opposition to – any candidate for public office.
There are, of course, very good reasons why a wise and responsible pastor should be careful when it comes to showing their support of political candidates and calling attention to their stands on social and ethical issues that affect the best interests of their congregation and community.  But that’s exactly the point—pastors and congregations should decide what issues and candidates to support or opposed based on their religious views, not the government.
I’ll have more to say about 'freedom in the pulpit' at Glide Memorial United Methodist Church in San Francisco this week where I will be teaching a Doctor of Ministry course on the Theology and Practice of Shalom.  In preparing for class with pastors from the SF Bay Area, I’ve been thinking about the “Politics of Shalom” in the current political, economic and spiritual climate in the USA and the rest of the world.
Conservative talk show host, Glenn Beck, did a TV segment this week on Pulpit Freedom Sunday called “Pastors on the Left and Right”.  I was the “lefty” in his interview, and if you’re interested in what two ministers had to say, here’s the clip: GBTV
I welcome your comments as I continue to explore this issue:  mchriste@drew.edu
Posted by Michael J. Christensen at Sunday, October 02, 2011